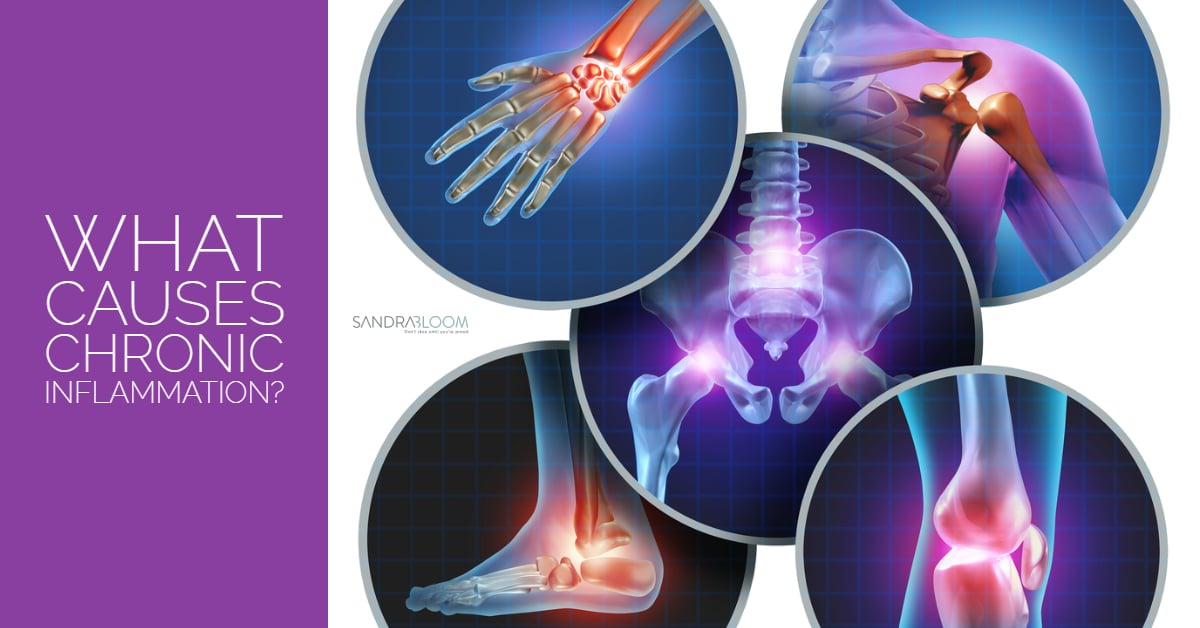 Inflammation is a response to foreign objects, pathogens, or damage to the cells in our body. It’s a sign of a healthy, robust immune system and it can protect us from many illnesses and sickness.

Inflammation almost always occurs whenever there is an injury such as breaks, cuts and sprains. It triggers increased blood flow on to the site of the injury and helps to protect it from infections setting in.

Burns involve some level of cell damage, which can also lead to infections. The inflammatory response to burns can appear so much more marked because the cellular damage to the skin does more damage on skin functions than some other injuries. Colds, flu, bronchitis, and other common illnesses also incite the inflammatory and immune response.

Sometimes the immune system responds with inflammation at the wrong times or to ‘less threatening invaders’ such as allergens, which can be found in foods, chemicals, or other substances that the body considers foreign. This overreaction results in an allergy attack.

Poor diet and other lifestyle factors may also cause inflammation. Certain food can irritate the digestive system, and a poor diet can incite the inflammatory response. These factors include stress, lack of exercise (or too much), tobacco, drugs, medicines, gluten, fruits, sugars, processed foods, coffee, alcohol, inflammatory fats, refined flours, grains, and dairy.

Toxic substances such as drugs or alcohol can produce a harmful immune response from the body. Inflammation of the liver can result, which can then also trigger and influence the rest of the body’s immune processes in a very damaging way.

Overusing muscles can cause inflammation

Something as simple as overexertion of certain muscles can cause a state of inflammation. Overexertion occurs when the muscles become overworked, leading to damage. Extra blood is then pumped to the site of the over-worked muscle to reconstruct anything that has become damaged due to overuse. Of course, this same inflammatory response can be helpful against potential muscular infection as well.

If the immune system is not functioning correctly, then inflammation will probably manifest as something out of control or harmful. Immune system issues can be provoked by too much exposure to allergens, stress or poor diet.

HIV/AIDS, Rheumatoid Arthritis, and Lupus are some examples of illnesses or disorders that are associated with a problematic immune system.

Even if nothing is invading or threatening the body physically, stress primes our immune systems to release agents in our blood which are ready to attack at the smallest inconvenience. It’s through these immune changes that chronic inflammation can begin, and start doing its damage.

Other triggers that cause chronic inflammation include:

It’s important to find out what is triggering the inflammation and to try to rebalance the body through diet, detox, bodywork, etc. In more serious cases inflammation may develop auto- immune diseases such as diabetes, colitis, reflux, asthmas, cancer, depression, Alzheimer’s, obesity, autism, metabolic disorders, hypothyroidism (and other thyroid diseases) amongst others.

This is by no means a complete list but the theory is that inflammation in the body causes the onset of many diseases (including certain types of hair loss).

The full list of chronic inflammation is exhaustive, but to name a few:

Healing chronic inflammation through proper nutrition and a healthy lifestyle

Thankfully, Mother Nature is a powerful ally against inflammation, and through carefully selected food and lifestyle choices we can master this beast and create a solid foundation for a healthy future. If you suffer from inflammation or disease, it’s best to follow an anti- inflammation diet or Auto-immune protocol, so that your body can start healing on its on own again.

All diseases start in your gut. So ensure you don’t suffer from a leaky gut syndrome 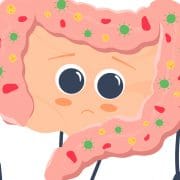 Trust your gut, and take care of it too! Many health professionals believe that good health begins in the gut. Hippocrates, the father of modern medicine, was even famously for it. He quoted to have said: “All disease begins in the gut”.

At least 80% of our immune system can be found in the gut. Along with billions of good and bad bacteria. The gut also sends signals to the brain which controls our appetite and mood. Now imagine your gut unprotected and ‘unsealed’. And allowing toxins and chemicals to enter it. This is why it’s so important to protect it. 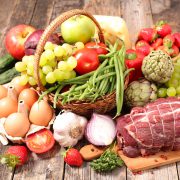 Now that you know about the dangers of chronic inflammation it’s important you understand how diet can help you heal. Dr Sarah Ballantyne, aka ‘The Paleo Mom’, describes the anti-inflammation diet, also known as the ‘Autoimmune Protocol’, as being very similar to the Paleo diet.

This is what she has to say:

“The biggest difference between a standard Paleo diet and the Autoimmune Protocol is where we draw the line between “yes” foods and “no” foods. This is to get more health-promoting compounds and fewer detrimental compounds in our diet. Those who are typically quite healthy can tolerate less-optimal foods than those who aren’t. You can think of the Autoimmune Protocol as a pickier version of the Paleo diet. This means it accepts only those foods that are clear winners.

“Other foods are obvious fails because they have a relative lack of health-promoting constituents and are rife with problematic compounds—good examples are gluten-containing grains, sugar, dairy, peanuts, and most soy products.”

She goes on to discuss the food that falls into a more ‘a grey area’, such as tomatoes, which do contain nutrients but are also known to aggravate the immune system.

The main aim of the Autoimmune Protocol is to ensure your body receives enough nutrients. And avoids food that can lead to disease, or at least interfere with the body’s ability to heal. As difficult as it may be, you need to cut out the foods that are most likely to be holding back your health.

But it’s not all doom and gloom! Ballantyne explains. “After a period of time, many of the excluded foods, especially those that have nutritional merit despite also containing some (but not too much) potentially detrimental compounds, can be reintroduced”

Apart from introducing the auto-immune protocol, which is in my opinion challenging to keep up with, but so is being ill, other things that can help you to heal and lower inflammation is ozone therapy, infrared saunas, yoga, meditation, walking in nature. We need more oxygen in our bodies as we severely lack this because of our indoors and sedentary lifestyle.

Some great herbs that are good to lower inflammation are garlic, ginger, turmeric, green tea,

During my wellness journey, I read a lot of helpful information online, but I would also like to share these books with you in the hope that they can resonate in your holistic journey!

To get myself well, I had to work on getting the level of chronic infections in my body down. This was a very hard task and it took me years to manage them, but I finally did it. My diet plan is a Paleo/keto inspired auto-immune diet.

Below is a list of my 5 favourite books that helped me with combat inflammation:

The Paleo Approach Reverse Autoimmune Disease and Heal Your Body

An estimated 50 million Americans suffer from some form of autoimmune disease. If you’re among them, you may know all too well how little modern medicine can do to alleviate your condition.

A Simple Guide to the Paleo Autoimmune Protocol

The Paleo Autoimmune Protocol (AIP) is a diet and lifestyle program designed to reduce inflammation, heal digestion, deliver nutrition that supports health, and ultimately reverse autoimmune disease. It’s not a cure, but it can make a powerful difference in how you feel.

The Wahls Protocol has become a sensation, transforming the lives of people who suffer from autoimmune disorders. Now, in her highly anticipated follow-up, Dr. Wahls is sharing the essential Paleo-inspired recipes her readers need to reduce and often eliminate their chronic pain, fatigue, brain fog, and other symptoms related to autoimmune problems, neurological diseases, and other chronic conditions, even when physicians have been unable to make a specific diagnosis.

Your Personal Paleo Diet: Feel and look great by eating the foods that are ideal for your body

The idea behind the Paleo, or ‘caveman’, diet is simple – eat the food we humans were genetically and biologically meant to eat, as our hunter-gatherer ancestors once did, and we can all experience near-effortless weight loss, increased vitality and greatly improved health. But does it really make sense to restrict yourself to the limited range of foods available to our ancestors? Although we share a lot in common with them, we each have our own genes, tastes and health goals.

I hope you liked this article about chronic inflammation. If you would like to learn more about clean living and how I saved my life from being chronically ill and tired to the lively person I am today, ensure to check out other pages of this anti-ageing wellness platform.

I am here to help, empower, enlighten and support you through this journey of good health.

I changed the way I eat in 2011 when I was diagnosed with hypothyroidism, chronic fatigue and adrenal fatigue, conditions where the thyroid is affected. I had no energy, was exhausted, desperate, and my weight had sky-rocketed.

Because of that, I decided to ditch sugars, processed foods, grains, dairy and toxic chemicals. And step-by-step, I introduced a whole-foods-based (first Paleo) and later an AIP (autoimmune protocol) friendly ketogenic approach to food which gave me my life, vitality, happiness and energy back!

Now, through my holistic wellness books and anti-ageing health platform, I want to empower people around the world do the same and regain their health, hair, life, vitality and beauty!

Lyme disease and hair loss: is there a connection? 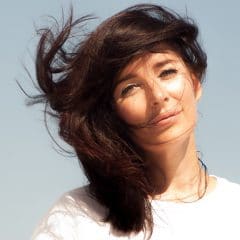 Sandra Bloom is a health warrior, natural beauty and holistic expert dedicated to helping individuals use whole foods as medicine and help you and others live their best life.

Claim your free e-book
BREAK UP WITH TOXINS
By signing up you agree to receive Sandra Bloom offers, promotions and latest health news. You may unsubscribe at any time.

Join our health community on a holistic journey
to feel whole, fit & happy

Receive your FREE welcome kit by joining our health community on a holistic journey to feel
whole, fit & happy!